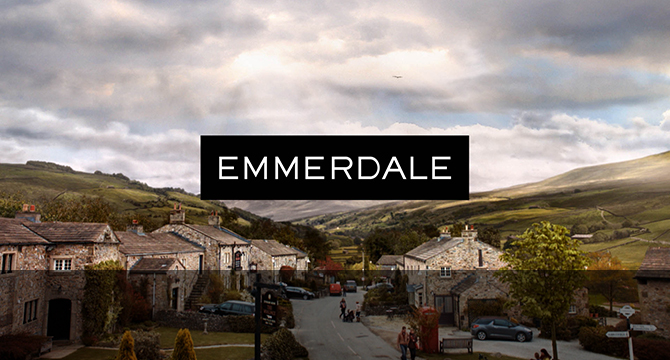 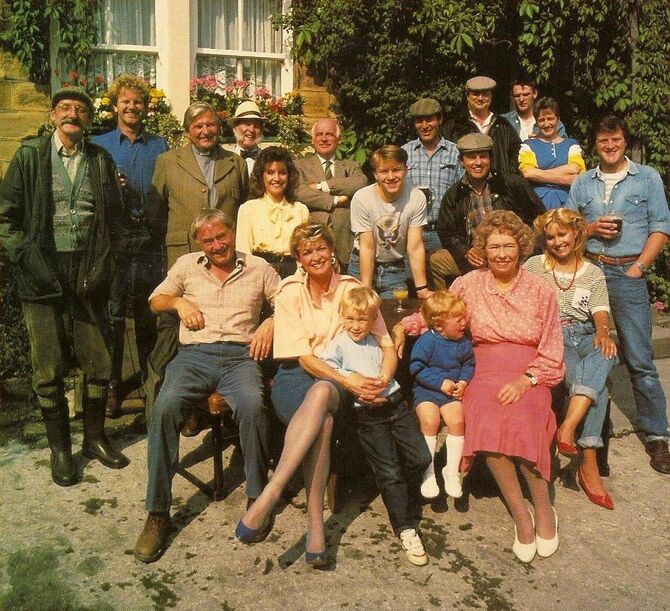 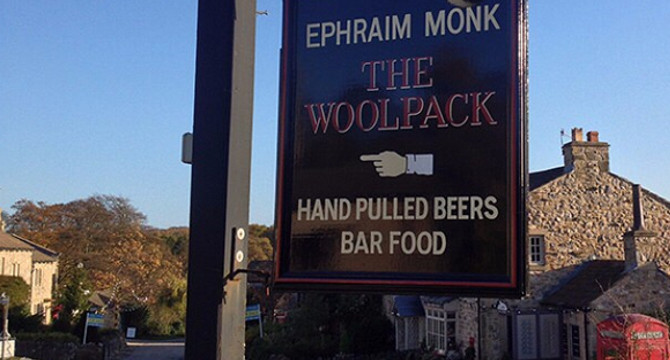 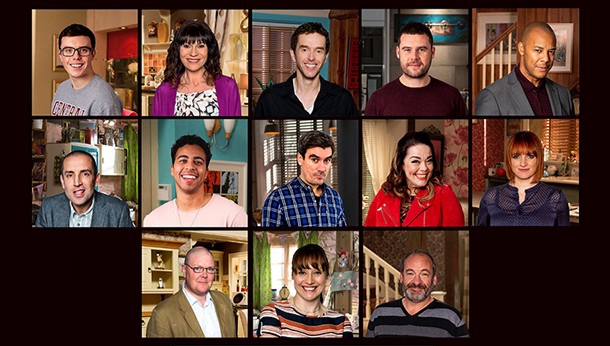 Created on 4th February 2010, this community was built by the fans, for the fans, and is dedicated to housing a useful and informative database for all subject matter related to the long-running ITV soap opera Emmerdale. Our goal is to collaborate with other fans in order to build a reliable, accurate resource with as much detailed information about episodes, characters, and story elements as possible. All are welcome to join in and contribute here, so long as edits are constructive, discussions are positive, and both are relevant to this series.
For more information about how you can contribute here, please check the "Helping Out" section below. Thanks for stopping by!

Emmerdale, known as 'Emmerdale Farm' until 1989, is a popular and critically acclaimed long-running British soap opera, broadcast on ITV since 1972. It is set in the fictional village of Emmerdale (known as Beckindale until 1994) in the Yorkshire Dales, England and was created by Kevin Laffan. The series is produced by ITV Studios in Yorkshire and broadcast on the ITV network and was first broadcast on 16th October 1972.

14th August 2014: It's the day of the job and Donna slips out without saying bye to April, leaving her with Laurel and Marlon. Ross steals a car from the garage for Adam to use. Donna puts the first stage of the plan into action as she slips a laxative into PC Swirling's drink to detain him enough to call in sick. Donna meets Ross and lies that she is packed and ready to go once the job is done. A steely Donna warns Adam about the seriousness of the day's events, emphasising that their lives are on the line. With Donna's stern words ringing in his ears, Adam assumes his position outside the courthouse, ready and primed to warn them when club owner Stephen leaves to return to his club. However, unbeknownst to Adam, someone is watching him. Over at the club, Donna and Ross are both dressed in police uniforms. They explain that their warrant gives them full rights to search the premises. When asked to open the safe, the manager informs them that she doesn't have the combination. Ross slips out to take a phone call from Adam who informs him that Stephen has left the court earlier than expected. He is overheard on the phone by an employee at the club who gets in touch with Stephen, informing him he'd better return to the club as soon as possible. Under Ross's instruction, a panicked Adam chases after Stephen in the car. He's prepared to ram into him but gets a surprise when he is interrupted out of the blue by his old friend Aaron Livesy, who unable to comprehend what Adam is about to do punches him. Beginning to panic, Donna threatens the nightclub manager with her asp as she continues to demand the safe combination. She and Ross receive a surprise however when Stephen appears behind them  wanting to know why police officers are threatening his staff and locks the door behind him.....

Graham Foster was the right-hand man of Joe Tate and Kim Tate and the boyfriend of Rhona Goskirk.

Graham first arrived in the village in 2017 as the right-hand man of Joe Tate, then known by his alias Tom Waterhouse. He helped Joe escape the village in October 2018 after Kim Tate returned from prison. Upon Kim's permanent return in March 2019, he started working for her and they began an on-off relationship until Graham set his sight on Rhona Goskirk in late-2019.

In 2020, Graham planned to move to France with Rhona and Leo Goskirk. However, the day they planned to leave, Graham was murdered by Rhona's ex-husband and rapist, Pierce Harris.

We need YOU to help us expand and add articles to this wiki!

If you're new to Wikia, please use the above links to get started.
If you already have editing experience, and you have an article relating to Emmerdale to contribute, use the box below to create it: <createbox>width=30</createbox>
If you're looking to help with improvements or cleanup, you can start here:

Classic episodes are currently being broadcast on weekday afternoons on ITV3.

Refresh for another quote

Go to these sites for info or for help with your own wiki!

Go to these sites for info or for help with your own wiki!

Community content is available under CC-BY-SA unless otherwise noted.
Advertisement