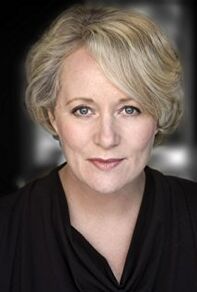 Michelle Holmes (born 1st January 1967) is an actress who played Lindsay Carmichael in December 1992 and Britt Woods in 1995.

Prior to her Emmerdale appearance, she famously played Sue in the 1987 film Rita, Sue and Bob Too. She is also famous for playing barmaid Tina Fowler in Coronation Street from 1989-1990 and Susan Turner in The Practice from 1985-1986.

Along with this, she has had guest roles in Hollyoaks, Casualty, Doctors and The Road to Coronation Street.

Retrieved from "https://emmerdale.fandom.com/wiki/Michelle_Holmes?oldid=168182"
Community content is available under CC-BY-SA unless otherwise noted.