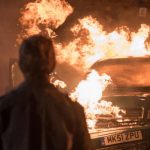 I often contribute to the Emmerdale wikia. I have been watching the show sporadically since 2005 (regularly since 2013). However, in early 2019, I became bored of the storylines and sick of the declining quality (in my opinion) of the show, and ended up developing an interest in Hollyoaks - subsequently adopting the Hollyoaks Wiki. I'll consider returning to the show when a new producer is appointed.

My other interests include film-making (which I didn't really get into until around 2015/2016), and playing video games - more specifically games in the Grand Theft Auto series and L.A. Noire, and occasionally games in the Need For Speed and The Sims series.

Retrieved from "https://emmerdale.fandom.com/wiki/User:Danielroxheaps?oldid=230416"
Community content is available under CC-BY-SA unless otherwise noted.